From GIS- 27 May 2022: A ceremony to pay tribute to Late Mahamed Yousuf Abdul Razak Hajee Mohamed, G.O.S.K, and former Senior Counsel, was held this afternoon at the New Supreme Court Building in Port Louis.

During her address, the Chief Justice described late Mohamed as a formidable barrister and a true gentleman of the bar. She lauded his acute intelligence, advocacy and cross-examiner skills.

He would fight to the best of his ability, and the way he prepared and conducted his cases bore testimony of his legal expertise, she emphasised.

She added that he was fiercely independent in his views and affirmed that he will no doubt serve as a source of inspiration to the new generation. His admirable qualities as a devoted family man as well as affectionate father were highlighted.

Mrs. Rehana Bibi Mungly-Gulbul presented her sincere sympathies and condolences to his family.

His distinguished life accomplishments, skills as well as contribution and legacy to the legal world were at the fore of the testimonials by other representatives of the legal community. 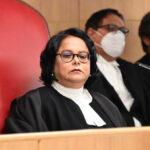 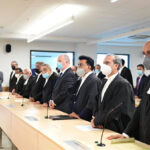 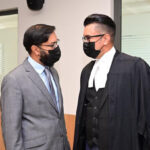